Putting Diesel Into Petrol Tank Vs Petrol Into Diesel Tank

Diesel Into A Petrol Tank or Petrol Into A Diesel Tank; What’s Worse? 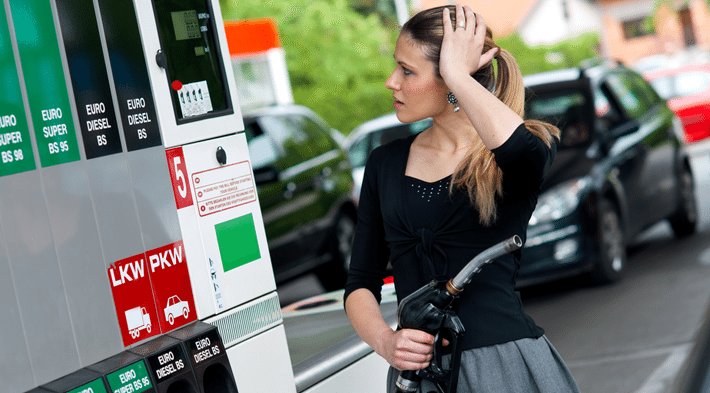 It can happen to the best of us, and it’s far more common than you think. A lapse in concentration, a distraction, an unfamiliar vehicle; every three minutes or so, someone somewhere across the UK is filling up their car with the wrong fuel.

But what’s actually worse? What causes the most serious damage? Putting diesel into a petrol tank or petrol into a diesel tank?

Here’s what happens when you put the wrong fuel in your car.

This mistake occurs far less often than putting petrol into a diesel tank, for the simple reason that diesel nozzles are bigger than most petrol tank necks. However, it is still possible, especially if you’re unfamiliar with filling up, and just assume you need to force the nozzle in. If the nozzle won’t fit in easily, take this as a warning sign that you’re filling up with the wrong fuel.

Whereas diesel is compressed when ignited, petrol is ignited by the spark plugs. And because the ignition temperatures are different, petrol cars won’t process diesel. If diesel is mixed with petrol, the car will simply won’t run.

Although this doesn’t sound too catastrophic compared to the damage petrol can do to a diesel engine, the tank will still need to be drained and cleaned immediately to prevent the system and components from getting clogged up.

A petrol nozzle will fit easily into a diesel neck, so it’s an easier mistake to make. What’s more, it can have far more serious consequences. Diesel acts as a lubricant, whereas petrol does the opposite, causing friction and a great deal of damage to the fuel injector pump. If not dealt with immediately, you could be facing a complete engine failure and ultimately, replacement.

It’s definitely far worse to put petrol into a diesel tank than diesel into a petrol tank.

However, the best thing to do is avoid either happening in the first place:

And if you do mis-fuel, don’t panic. Contact Wrong Fuel Angels for immediate assistance.